Taking a quick break from the MCE series while I sort out some hopefully minor niggles with IceGuide – this was originally written two months ago, but mysteriously unpublished… 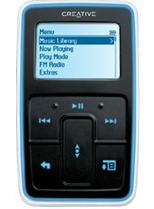 The title might be a little misleading, as this isn’t really a comparison, but a tale of some of the worst and best customer experiences I’ve had to date.

I popped into JB Hifi at about 8:50pm on Thursday night, to look at the portable music players. I hadn’t intended to buy anything at the time, but my girlfriend’s impulse-buying disease is infectious.

I’d been umm-ing and aaah-ing about buying a 5GB Zen Micro since they dropped to about $AUD350, but my impulse buy criteria hadn’t been satisifed:

I was pretty confident the Zen supported the music I’ve been buying (legally, with DRM encrusting) from NineMSN Music and Bigpond Music locally, as the Muvo2 it’s replacing was simply plug-in-and-go with Windows Media Player. I did a bit of research on PlaysForSure.com and came up with a short list of the Iriver H10, or the Zen – both looked to have the ticks in the right boxes.

The reason the Muvo needs to be replaced at all goes something like this:

Here, have a look.

“So is this solid state?”

“Oh. Cos I wanted to go jogging with one, that sort of thing.”

Do I look like a jogger? No. I haven’t tried it. You probably want a solid state player for that. Still, I’ve dropped it a few times, and it seems fine.

“So they don’t just break if you drop them?”

“Uh, right, so it’s not totally shock proof. Sorry dude. Sorry. Oh man, I’ve got to get out of here.”

Since that fateful moment, it’s got something that feels a lot like a bad sector used to – on those old 10MB hard drives you used to find in XTs – and hangs fairly regularly making clicking noises. Poor little bugger.

Back To The Impulse Buy

Anyway… My girlfriend got an H320 (or 340, I forget) for Christmas last year, and we subsequently discovered that despite being listed on PlaysForSure, the device wouldn’t accept music with DRM, no matter what. US users could sync it with Media Player, but international users… no.

Still, that was a long time ago, and the H10 is listed on PlaysForSure.com, so surely it’s going to rock this time.

So, largely persuaded by the coolness of the looks and the very-well-integrated FM transmitting addon, at the last minute I bought a red H10. Had the Windows Media Audio logo on the box. Didn’t have PlaysForSure. Asked if it supported DRM, but the sales rep wasn’t sure.

I took the H10 home, and was up until 2am trying everything I could that wouldn’t void the warranty, from the latest firmware to the weird included software. Then found, on the Iriver website afterwards: “PlaysForSure enabled to play more of your music (US model only) “. The forums suggested that this indeed was the case – the US models alone would work with Windows Media Player synching, and DRM. The others wouldn’t. Sigh. I’d Bought A Lemon.

Back in there at lunchtime the next day, I explained the situation to the sales rep from last night (“I can’t play any music I’ve bought!”), and asked to exchange it for a Zen Micro, which they did straight away, and also replaced the H10 FM transmitter I bought with it (their suggestion, even though it had been opened). That is stellar customer service, and I’ll be buying from them again based on that experience.

Won’t be recommending the H10 to anyone that shops for music online in Australia, though (at least, not as of the 2.05E firmware).

The Zen Plays My Music!

Yes, the Zen plays most of my DRM’d music without a problem – just Sync from Windows Media Player, and it’s done. Sound quality is really good, better than the H10 subjectively, and the thing’s loud enough to drive a pair of full-size headphones, which is good for a player its size.

For some unknown reason, say six out of ten DRM-protected tracks on some of my older DRM albums won’t play. All the new ones are fine, but the license for the older ones just doesn’t seem to transfer. The sad thing is, that’s an improvement on the H10, on which absolutely no DRM tracks worked. I think it’s probably a firmware thing, or a media player thing, but I’ll never know, and getting support on DRM issues can be… tricky. I’ll just keep on updating…